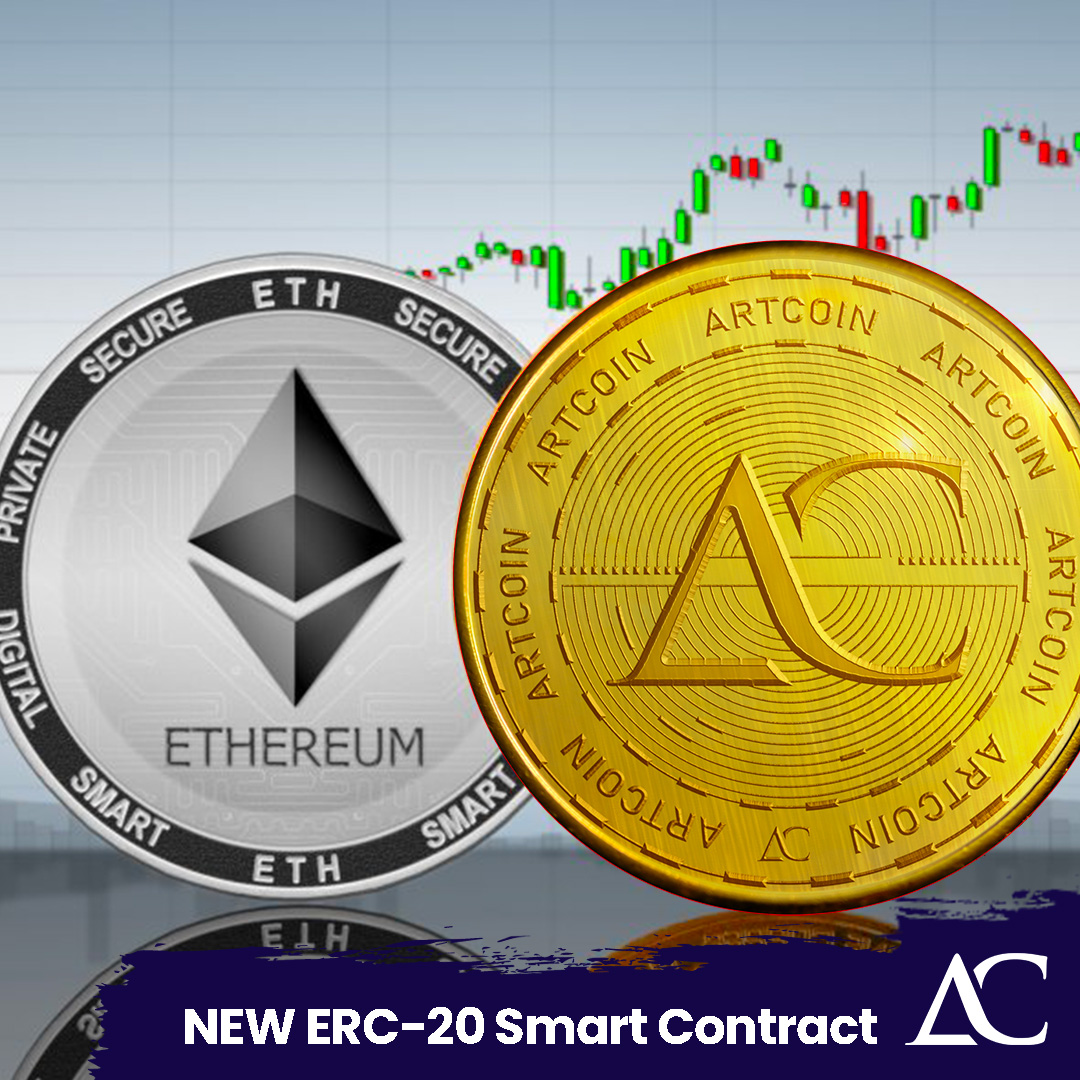 People that hold the ERC20 version of ARTCOIN can ask to ARTCOIN team to swap manually from Monday the 26h of December at 10:00 UTC (12:00CET). The main advantage of this soft swap structure is that people who have ARTCOIN tokens tied up in other smart contracts will not miss out. The new ARTCOIN ERC20 smartcontract was deployed 2022-10-31.
The new contract is similar to the existing one, but will remove some permissions and some new functions are added that are strictly required.

What to expect?
The new ARTCOIN ERC20 smart contract (V2) has been deployed and can be found here:
https://etherscan.io/address/0x26ce26b4cbecd0dfd592d3cdc9fc753af737e81a

Exchanges
The ARTCOIN team is working with its partnered exchanges to organize the soft swap with them. If you hold ARTCOIN on an exchange, please keep an eye out on their announcements, or contact your exchange to check when and how they will do the swap.

It is possible that your exchange will only support one of the two ARTCOIN smart contracts (or both) while they are active. Please be diligent when you wish to deposit your ARTCOIN ERC20 tokens to an exchange and first check which ARTCOIN token version your exchange supports. We’ll update this section with information on the exchanges once they provide an official announcement on the token swap.

Should the wrong version of ARTCOIN token be sent to the exchange, the tokens can be returned to the sender. Please contact the exchange’s technical support for the details of this procedure.
Supported Exchanges

We use cookies on our website to give you the most relevant experience by remembering your preferences and repeat visits. By clicking “Accept All”, you consent to the use of ALL the cookies. However, you may visit "Cookie Settings" to provide a controlled consent.
Cookie SettingsAccept All
Manage consent

This website uses cookies to improve your experience while you navigate through the website. Out of these, the cookies that are categorized as necessary are stored on your browser as they are essential for the working of basic functionalities of the website. We also use third-party cookies that help us analyze and understand how you use this website. These cookies will be stored in your browser only with your consent. You also have the option to opt-out of these cookies. But opting out of some of these cookies may affect your browsing experience.
Necessary Sempre abilitato
Necessary cookies are absolutely essential for the website to function properly. These cookies ensure basic functionalities and security features of the website, anonymously.
Functional
Functional cookies help to perform certain functionalities like sharing the content of the website on social media platforms, collect feedbacks, and other third-party features.
Performance
Performance cookies are used to understand and analyze the key performance indexes of the website which helps in delivering a better user experience for the visitors.
Analytics
Analytical cookies are used to understand how visitors interact with the website. These cookies help provide information on metrics the number of visitors, bounce rate, traffic source, etc.
Advertisement
Advertisement cookies are used to provide visitors with relevant ads and marketing campaigns. These cookies track visitors across websites and collect information to provide customized ads.
Others
Other uncategorized cookies are those that are being analyzed and have not been classified into a category as yet.
ACCETTA E SALVA
Translate »